When Kyle Pfieffer became Blacklite District nearly a decade ago, it was with the intent to create music that touched upon all of his influences and the music that raised him, simultaneously becoming his source of inspiration and therapy. Over the tenure of his career, Pfeiffer endured many ups and downs on the road to the top. His music turned from life enhancer to life saver. As Blacklite District returns with new music and a new lease on life, he maintains the same credo from the start of providing an authentic experience for every new and returning listener who presses play.

Born in suburban Chicago and raised in Spearfish, South Dakota, Kyle found music earlier than most in his small town. “When I was like seven years old, my grandparents bought me this little Sears drum set,” he remembers, “because my grandma had this Fleetwood Mac VHS tape, and I watched it nonstop for like a year.” A young Kyle would play along to the tape, though music changed meaning for him two years later when his mother passed away from a drug overdose. “My uncle played me Ozzy Osbourne’s ‘No More Tears’ and I became fixated by it,” he adds, as the song helped him cope with being so young and grieving. “I’ve been obsessed with music ever since. That’s literally the point in my life when music became my escape.” 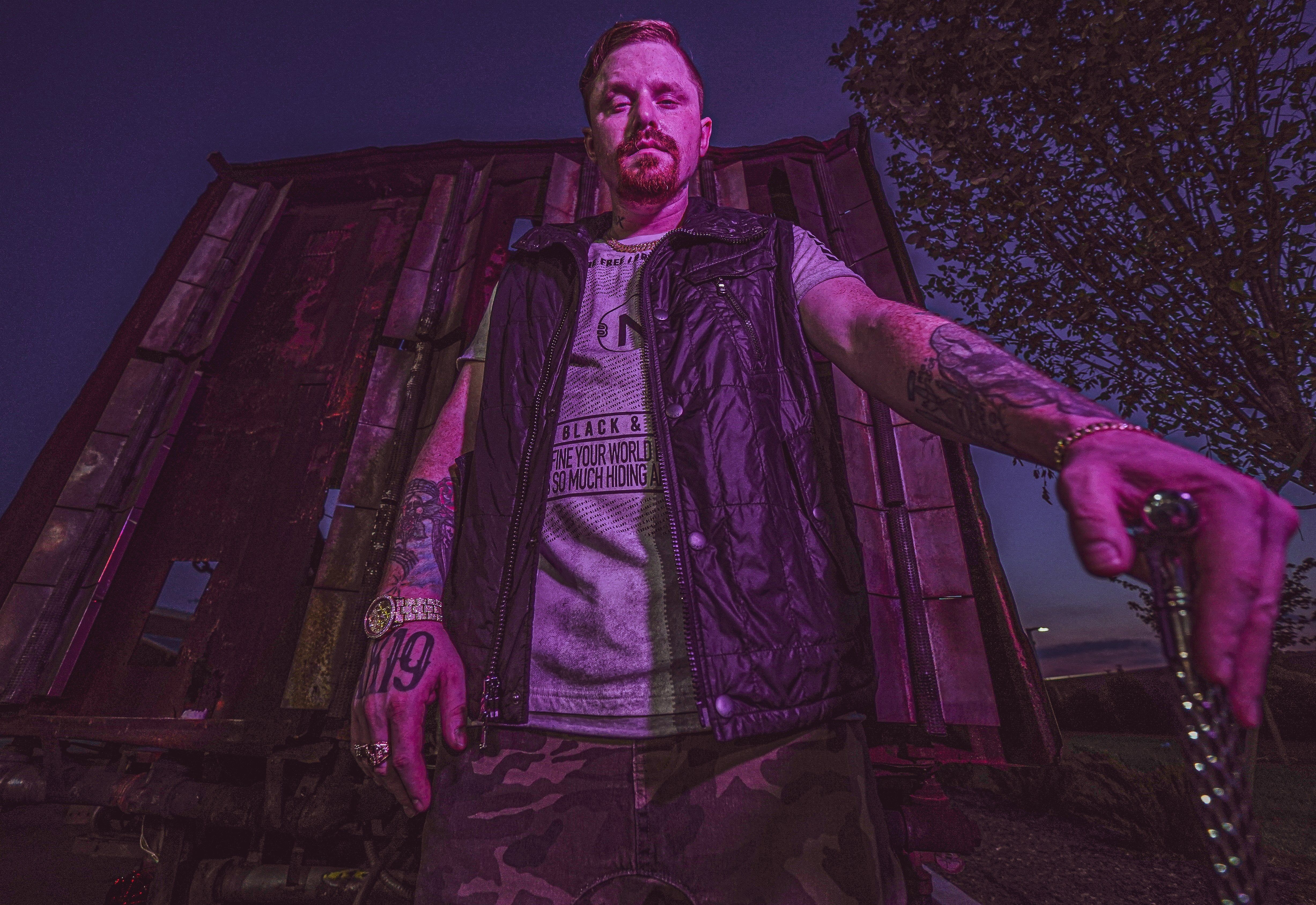 Over the years, he would rotate bandmembers and jam with them while he sang and played the guitar. By the time he reached his teenage years, Kyle was fully immersed in music—from the art to the business—studying the inner workings and learning about the who’s who of the music industry. “I would be on the internet all the time, researching managers, labels, A&R reps, agents,” he recalls. “I would check all of the sales figures and the Billboard charts, watching how songs would crossover from Alternative over to the Pop side.” He began tinkering with various sounds, as his love of Rock met new genres like Rap and EDM.

At 20, Kyle cold contacted the late Stephen Short, known for working with acts like Queen, Paul McCartney, and even Chaka Khan. Kyle flew out to Los Angeles to meet with Short. A few months later, Kyle was recording his Blacklite District demo with Short at the largest residential recording studio, Sonic Ranch, on the Tex-Mex border. Blacklite District began building a buzz, touring and even making waves on the Billboard charts with a Top 35 hit “With Me Now” in 2014. It was fast and it was furious, though it ignited a downward spiral in Kyle. “I drank a lot and was dabbling with drugs,” he remembers. He continued along this destructive path until 2015, when he was hospitalized for acute pancreatitis. “I was told if I had another drink, I would die,” he explains. He didn’t fully stop and added more opiates to the mix. He continued a hot streak of songs like “The Struggle” (Top 40 on Billboard’s Rock Indicator chart), “Broken Souls” (Top 30 on Billboard’s Rock Indicator chart), and “Living in a Nightmare” feat. R8eDR (Number 21 Billboard Mainstream Rock Indicator chart). In 2018, his song “Cold As Ice” went viral, with over 100 million streams and reaching Number 35 on Billboard’s Mainstream Rock Chart. This was at the same time that Kyle learned how to tap into the video game world, by creating visuals through Minecraft. The combination was genius and only further propelled Blacklite District into full-blown stardom. 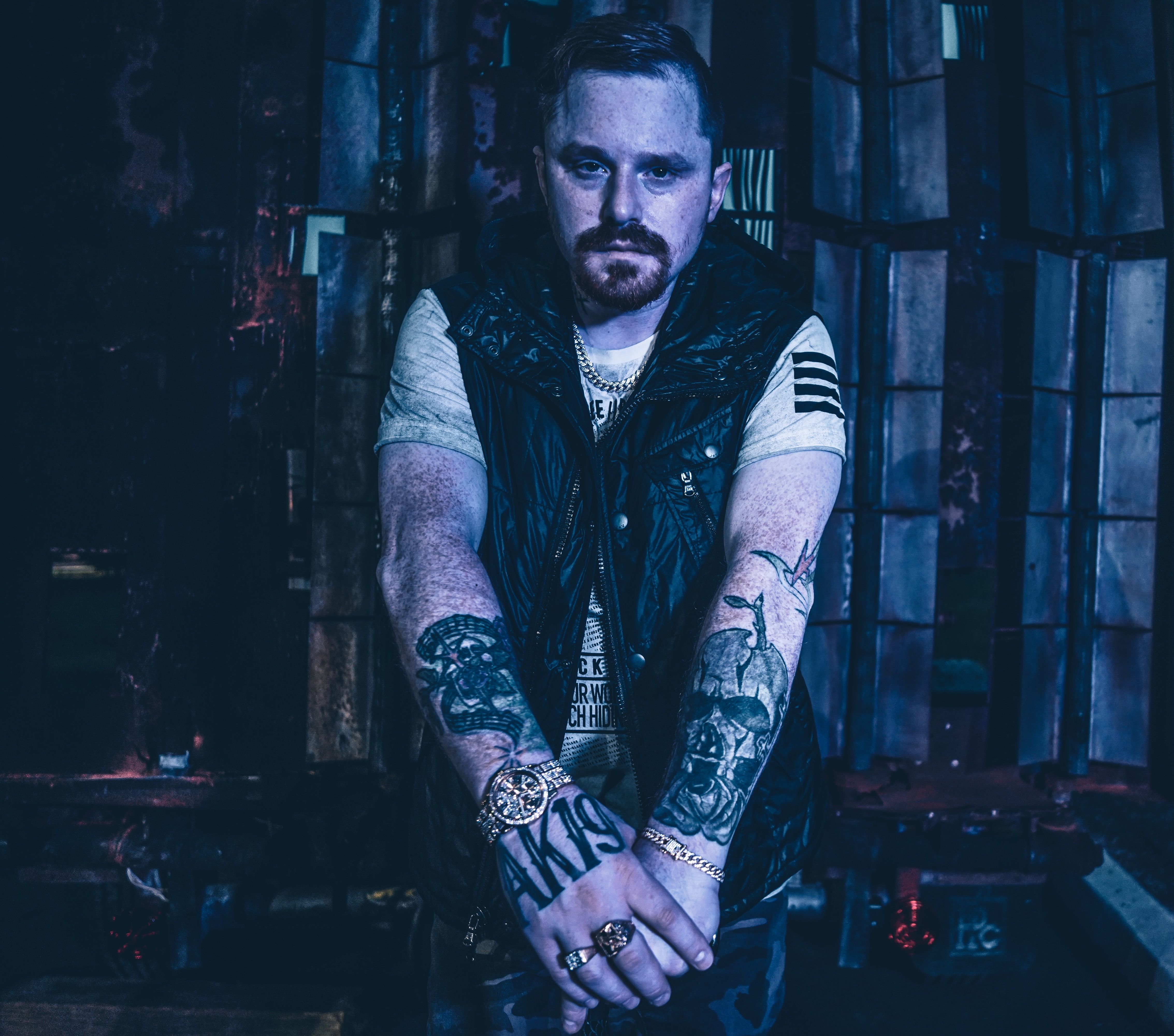 His career was skyrocketing as his health was crumbling. He was hospitalized consistently and nearly died on several occasions, while simultaneously dealing with his estranged father’s suicide. Pills addiction turned to pills selling, recovery turned to relapse, relapse turned to overdoses. It was a cycle, while still becoming a force in music. “My hits kept coming, and the money kept flowing in,” he says. “So in my mind, it was like I wasn’t one of those ‘junkies’ that’s glued to their house. You make those excuses to yourself, basically, because I was lucky and I was on autopilot in terms of making money.” His 2020 track “Falling” had cracked the Top 20 of Billboard’s Mainstream Rock Indicator (and Top 3 on YouTube), along with “Wishing Dead” going viral that same year. Millions upon millions of streams and global stardom couldn’t shake his path, though Kyle ultimately hit his ceiling.

He reached his final boiling point when he almost died for the last time, as Kyle—a parent as well—noticed parallels that he knew he had to end once and for all. “I felt like I was in the same spot that my mom was in, with me having this little kid at home,” he expresses. “And it's like, I have to break that cycle, otherwise, this shit just repeats itself again and again.” And so he detoxed in treatment centers, addressed his demons and the PTSD they bring, and at 30 years old is finally clean and sober.

“I wrote almost my whole album while I was in treatment this time, just with like an acoustic guitar and a notebook, the old school way,” he says of his new music. His upcoming release “Live Another Day” is purely autobiographical, followed by the deeply personal “To Live Is To Suffer.” The entire process is different, as Kyle brings a new approach to Blacklite District with a completely clear head. His self-started label AK19 Entertainment is the hub that houses it all, as his music continues along a diverse path of Rock meets Hip-Hop, fueled by his innate talent of melding various worlds of music together. It’s as if Post Malone and Juice WRLD met Linkin Park, in the best way possible. “Music has saved my life many times,” he says in earnest. “I feel like these are some of my most personal and raw songs that I’ve ever done.” It’s a rebirth of sorts for Blacklite District. “I’m just so excited and grateful to be here to be able to put these songs out,” he humbly adds. “So yeah, I’m really happy.”